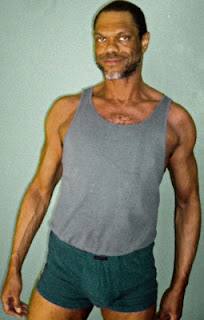 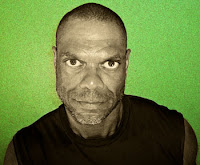 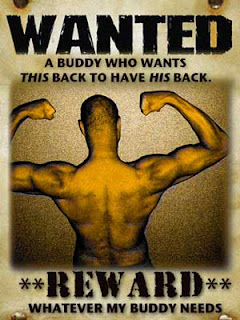 Been single my entire life. No boyfriend. No girlfriend. No lover. No partner. No buddy.

I never said I didn't want pussy. What I do know is: I want a buddy.

To paraphrase the black dude in The Green Mile, "a buddy to go through life with, a buddy to talk about where we've just been, and where we're going next."

"A buddy who has your back," adds this solo flyer who's dreaming 2011 will be the year. What else am I gonna do? Believe there's no chance of it happening this year? Ever? 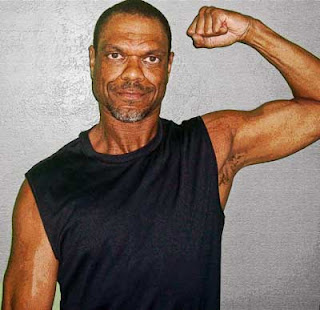 Never dreamed I'd be an old man with biceps worthy of the gun show.

But then again, never dreamed I'd be an old man, period.

Life is full of miracles, especially when you believe anything is possible.

Never dreamed I'd be an old man who finally has a buddy.

Then again, anything is possible, true? 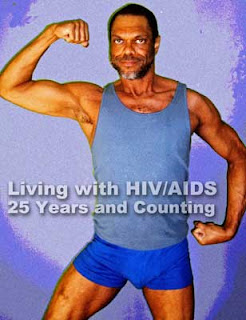 Jim Carrey, Ben Franklin and me--three Americans born on January 17. In fact, Mr. Carey and I came into the world on the same day in 1962.

But only one of us has lived with HIV/AIDS for more than 25 years. Only one has shown courage and bravery in the face of a disease that once had a life expectancy of 12-18 months.

Happy birthday to the man that is me. I'm living a dream that I never imagined coming true: me, middle-aged, in great shape with a sharp mind. Me, comfortable with myself and in love with my life. Me, a funky, black, poz jock who is happy, whole and proud.

Happy birthday to me. And many more ....

This Time, Next Year

By this time next year, I'll have landed a studly mate

Twenty/eleven will be the date

I can feel it right here

We find each other

And my dream man will have a name

My life won't ever be the same

And he'll call all the time

And if he asks, I'll go ahead and lend him

"It takes a special kind of strength to keep your hopes and dreams alive when the world fears you, avoids you and doesn't try to understand you or your virus."

—from Tough Enough to Live with AIDS? 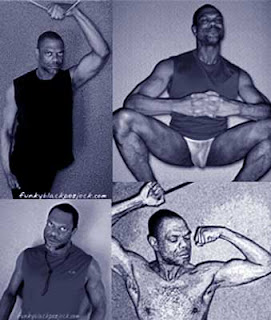 "I'm going to bed tonight dreaming of the right man for me ... He exists, and he's not gonna run away from me because I'm living with HIV/AIDS."
—from Dreaming of Him Dreaming of Me 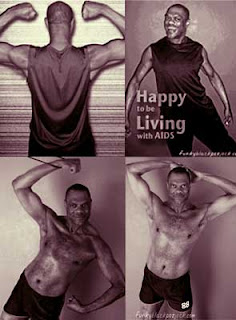 "Young poz guys need to know they can still be sexy, sexual, happy, healthy and lovable without adding an asterisk to their identities."
—from Sexy, Lovable and Poz 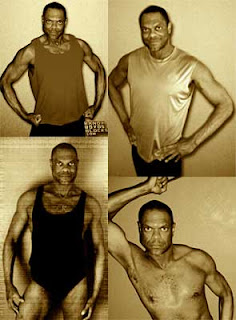 "Reveal your status with a confidence that says, I'm merely revealing something a little more intimate about myself, and I certainly hope, for your sake and mine, you're educated about HIV and safe sex."
—from Surviving While HIV-Positive in an HIV-Negative World 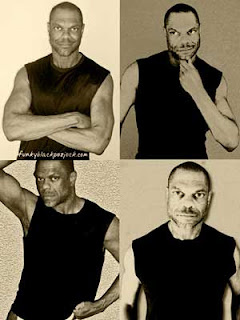 "Where in the world can one find images of HIV-positive people being happy? Almost nowhere. That's one of the reasons I blog."
—from Being Positive While Being Positive 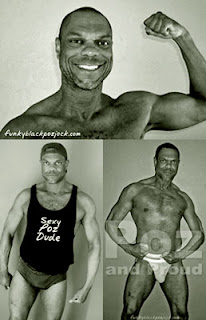 —from Here Come the Homos! 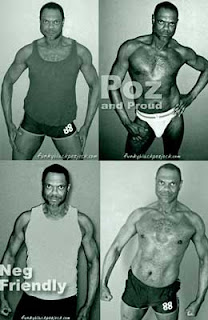 "After acquiring the AIDS virus, I had to forgive myself for not knowing better, acting differently or being smarter."