How Big Is My Dick? 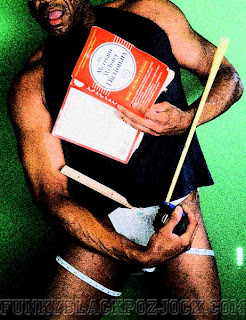 Do I have a big black dick? How thick is my cock? What's the head like? Am I cut or uncut?

These are all questions I've been asked by the world. Funny, the world has never asked me about the size of my heart or how much brain power I've got going on. If I had a dollar (or a hug) for each time a man or woman has asked me about my penis size, I'd be one rich and not-so-lonely man.

My penis is a beautiful extension of my being. My dick provides me a whole lotta fun and comfort. I love it. I'm happy with it. But my dick is no more or less important to Who I Am than the other body parts that allow me to enjoy life. It's been a pretty good relationship, my dick and me, without having to measure its worth.

Only once did it ever occur to me to assign my penis a numeric value. At the age of nineteen, I met an incredibly huge dick, er, dancer who granted me the privilege of beholding his big black member. Amazing is how I describe the journey, all the 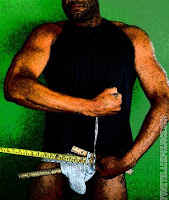 way up, then all the way down the seemingly endless dark and hardened shaft, its thickness barely contained by my hand.

Some time later, I was alone in my apartment, the college roomies were gone and I had dick on the brain. I found a ruler to see how my penis measured up. Then I realized I wasn't aware of any official method of measuring one's penis, which made me very unsure whether or not I was going to be happy with the ruler's official ruling. After one crack at measuring, I aborted the mission, choosing ignorance and bliss over assigning myself another ID number.

When I was granted the privilege of beholding the black dancer's amazing extension a second time, I asked him about the value, er, length of his third leg. His answer changed entire my point of view:

Shortly after the big dance with the big dancer, I dropped my curiosity about dick size altogether, his dick size, my dick size, and any other man's. Thanks, manly black dancer with the very manly black penis. You helped me realize, when it comes to size matters, so many other things about a man matter so much more.

My Buddy and Me: the Kind of Men We Are 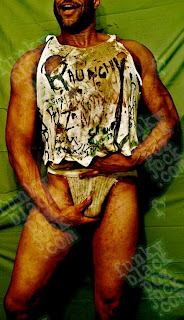 In my dreams, my buddy and I are both men of integrity.

My buddy and I value honesty as much as we value oxygen.

My buddy and I don't think of ourselves as labels, like gay, straight or bi.

My buddy and I don't box ourselves into categories, like top and bottom.

My buddy and I recognize skin doesn't come in “colors,” skin comes in tones, tones of the same shade of monkey. 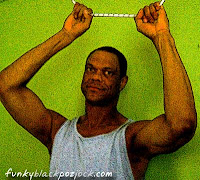 to survive today based on hearsay about a past involving peoples who had no way of recording that past or providing evidence for the existence of the events on which the hearsay is based.

Anybody wanna be my buddy?

Charged Up: To Be or Not To Be HIV-Positive 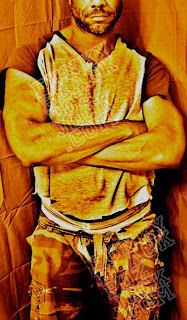 Will my buddy be HIV-negative or HIV-positive?

Hard to say, since I haven't met his ass yet. Or even know if he exists in the world beyond my dreams. But I do know this about my buddy: regardless of his HIV status, my buddy will accept my HIV status. My buddy will realize that I am much more than a medical term. My buddy will realize my having HIV is no judgment on me or my life, merely a fact we both accept and deal with, a fact that makes me and my journey all the more amazing and worth knowing. My buddy will also recognize the following truths:

If you're having SAFE SEX with everyone, it doesn't matter if your sex partner is HIV-negative or HIV-positive.

If you're having UNSAFE SEX with anyone, regardless of HIV status, you're not taking responsibility for your own health.

My buddy will be smart enough to know better, just one of the ways I'll know I've found a truly great man.

Is there a truly great man out there dreaming of being my buddy?

Why a Bud Search? 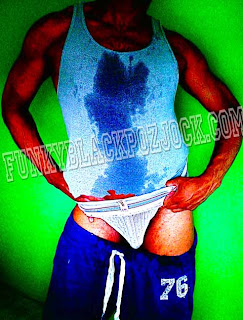 Because places like eHarmony and the federal government don't value love among men ...

Because the GayWorld reeks of de-facto segregation like the Old South ...

Because when's the last time anyone ever said, “I just need to find the right black gay man with HIV to settle down with” ...

This male sexual dawg has gone blogging to fulfill his lifelong quest for love and friendship.

This is for you, buddy, the man of my dreams, whoever and wherever you are. This is for the man who dreams of being with someone exactly like me. The man for whom my skin color, my sexuality, my inner strength, my physical being, my life's journey, my dreams, my mind, my funk is a turn-on.

This is for the man who dreams of finding a beautiful, intelligent, smart, sexy, witty, charming, fun, funny, sports-loving guy who happens to be black, homosexual but bi-curious, not a big black Mandingo piece of meat, and one very special man who's just right for ... you?

This is for you, buddy. This is not for the members of society who de-value our sexual souls. This is not for all the men who reject me because of my skin color, my sexual dreams, my HIV status and all the many other reasons the closed-hearted and close-minded dismiss me and my dreams. This is for us, so we can find each other, live our dreams, and create our own special place where what matters most is you, me and the dreams we create together.

What kind of dreams? This blog represents some of those dreams.

If you're male, single and available, and dream of loving a very lovable guy like me, email me and let the funky adventure begin ...