A Love Story Waiting to Happen 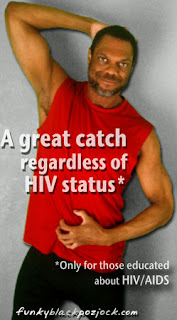 I dream of Hollywood making a romantic movie where an HIV-negative man falls in love with an HIV-positive man and the two live happily ever after, that is, of course, after all kinds of fun, romance and hilarious adventure!

It could happen, you know. Neg people falling for poz people and vice versa. All it takes is an HIV-negative man who's educated enough about HIV/AIDS to know he can have all the great sex he wants with a man who's HIV-positive and never acquire the virus.

Is Hollywood brave enough? Are there any HIV-negative men educated enough and compassionate enough to not see all HIV-positive men as dirty and disease-ridden (as opposed to disease-free)?