There Must Be Some Buddy 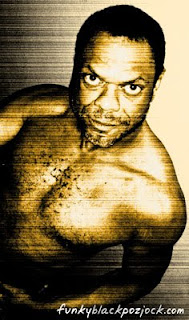 I keep telling myself: there must be somebody in this world who wants to be my buddy. Somebody who looks at me and thinks, I'm so lucky to be with him.

I've been telling myself there's someone in the world for me since I was a little boy. So far, I haven't found that special someone. Never had a boyfriend. Never had a partner. Never known true love, not even for one pissant little second. I've only known a couple of two-week, getting-to-know-you scenarios where, after two weeks, one or both of us was no longer interested in getting-to-know-you.

It's not easy looking for love in a world that mostly fears black people, gay people and people with AIDS, a world where most people see you as a triple threat, not a potential soul mate. But I'm going to keep dreaming my dreams. There must be some buddy who wants to dream with me.