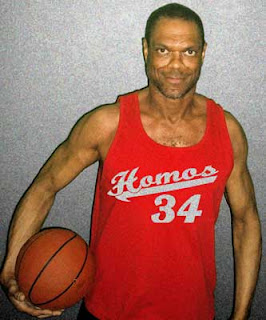 New owner of a pro basketball team announces he's gay and that only gay players are allowed on his team.

He wants his franchise, the San Francisco Homos, to become a dynasty, once and for all showing the world that fags are men, too.

The owner assembles a team of previously closeted players now ready to change the world.

It's just a funky dream of mine, but I bet a lot of so-called straight men would shut the hell up after getting beaten in sports by some homos.