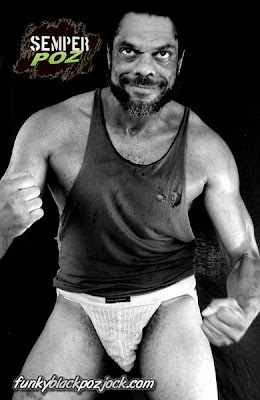 A lot of dudes on the internet are proud of their HIV test dates. Seems like they're always telling the world: “Neg as of such and such a date.” So why not me?

I was HIV-negative as of June-ish, 1985. I've been HIV-positive as of July 25, 1985. That was the day Rock Hudson told the world he had AIDS and the doctors on the tube that night told me I had AIDS. They were explaining the symptoms. Sounded pretty technical, but my layman's interpretation went something like this:

That big black cock you took up your ass the other week gave you the night sweats that gave you the same thing Rock Hudson's got, and you're both gonna die soon, and the world's gonna know why.

I made a pact with God that night: if I never touch another man, the night sweats will just be a fluke.

Didn't work. In '88, I made it official by getting tested. 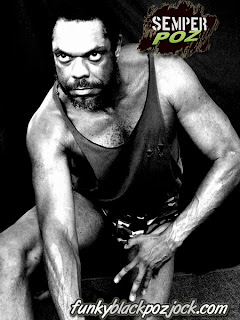 AIDS is still here. I get fucked more often now, but not enough. Now most gay men don't dare touch my skin, and not just because it's black. I'm a monster in gay world now, an AIDS monster, to be precise. I can't get fucked now, or fuck anybody, or eat some really good ass like I wanna, because I'm HIV-positive.

Men discriminate against me left and right. No blacks. Whites only. Clean and disease-free only. HIV negative as of such and such a date. 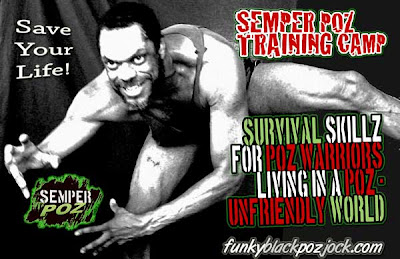