Not Your Grandfather's Mysterious Disease 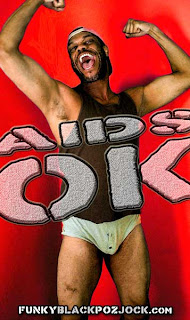 In a world where people call themselves "clean" and "disease-free," it's a challenge finding positive words and images dealing with HIV/AIDS.

In a world where the media once labeled AIDS "the deadly disease," it's difficult to imagine scenarios better than worst-case scenarios for people living with HIV/AIDS.

In a world that ignores the idea of safe sex with someone living with HIV/AIDS, it's a bitch trying to find a suitable mate.

Sometimes I have to remind myself I'm still part of the American Dream, that people without AIDS are still capable of caring about people with AIDS, that the world has moved beyond the fear of the early days of the AIDS Panic (1981-1996).

Then it occurred to me: if others in the world can't imagine AIDS and people with AIDS in a better light, I'll imagine it for them.