Three Core Beliefs for a Happy Life with AIDS 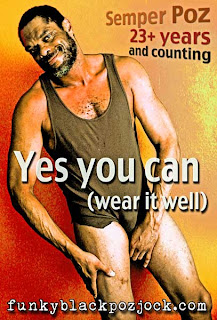 When I first learned I might have HIV/AIDS, I was a 23 year-old kid and scared shitless, and that was in 1985, when science didn't know shit! However, religious people thought they knew what was up: AIDS was God's referendum on fags.

Turns out, the religious people were wrong. HIV is a virus, not a condemnation. AIDS is a disease, not a death sentence. Wish I had known that back in the day. lol. Wished I'd known a lot of things.

What I did know served me well. The following were the three most important core beliefs that kept me going:

1. You're not guaranteed to die of AIDS.

2. Everything you've ever been through, every crisis, every bad day, bad week, bad year, every crushing blow, every heartache, every defeat, every loss, every thing, you've always managed to find a way to get through it and keep going.

3. Anything is possible (like science coming to the rescue).

Those three nuggets of truth have done me right for almost twenty-four years. Here's to many, many more years mining that gold in my soul, and living to tell, so that others may also live happily ever after living with AIDS.