AIDS Is All In Your Mind 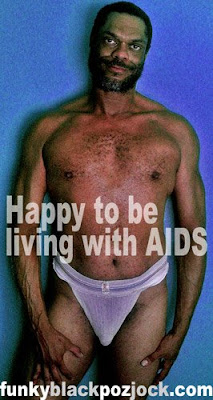 I've been HIV-positive for 23 years. I found out the night Rock Hudson shocked the world with his televised press conference where he introduced AIDS to America in a 9/11 kind of way.

The famous actor shocked the shit out of the innocent who had no idea that the man who played rugged on the big screen also played with boys. Not only that, Rock was wasting away before our very eyes from that little known, mysterious and deadly disease that was offing fags in the sinful capitals of the gay world, NY, SF and LA.

AIDS was Biblical and Rock Hudson was its poster child in July of 1985. After listening to the list of symptoms described by newscasters, I realized that I, too, was infected like the humiliated actor dying before the cameras. The night sweats that were soaking my bed (for the first time in my life) were a product of the casual anonymous black dick that had shot its wad up my ass a few weeks earlier in WeHo.

I made a pact with God that I would never get fucked again if he would only make the night sweats go away and never come back, so I could write them off as a fluke. I didn't tell another soul for nearly three years.

Two decades-plus later, I'm telling everyone who cares to listen. What's it like, living with AIDS since the Day Rock Hudson Shocked the World? Check out my unique perspective in HIV-POV, now on Randy Boyd's Blocks, my author blog.