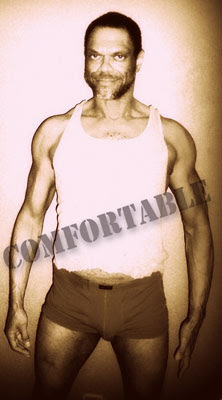 Why do most, so-called heterosexual men have a hard time looking at a naked guy? Why do they run for the hills when hearing descriptions of man on man sex?

Because they're not comfortable with their sexuality.

Does a gay man have a hard time looking at a woman's naked body or breeder sex, or 2 chicks sexing up? Generally speaking, no.

When it comes to men having sex with men, most so-called straight guys seem stuck in some adolescent age where their sexual brains never grew up.

Deep down, most men know they're capable of fucking a grapefruit, if the moment is right and their dick hard enough.

And let's face it, a human body is way more sexy than a grapefruit no matter the human's gender. Ergo, if a man can fuck a grapefruit ...

I'd rather fuck a man or woman than a grapefruit, which makes me certifiably comfortable with my sexuality. How about you?