Let's Laugh Our Asses Off! When you were a little boy, what was your deepest dream?

Mine was ... there has to be one other boy in this whole wide world who feels exactly like me, and when we find each other, we're gonna be together forever. I promise. “Hey, buddy, let's shoot hoops.” That's how it gets started. We pull up our shorts over our jocks, grab the ball and head to the court. We shoot around, play some one-on-one, maybe some HORSE. We probably make some kind of bet, just 'cause we like to play games that way. Winner gets? Loser gets? We might even run with other ballers, but we never take it too seriously (yeah, right). Either way, when it's over, we got some good exercise, spent some quality time together, and best of all, my buddy and me had a ball. 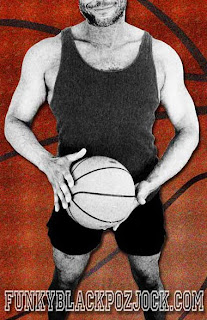 Why Am I Single? What's a nice guy like me doing on a blog like this? Why am I peddling my wares, and my ass, on my own space on the net in hopes of finding a man who stays in my life longer than seven minutes?

If there are plenty of fish in the sea, why can't I land a good catch? Better still, why hasn't a good catch hunted me down, reeled me in and gobbled me up?

Let's take a deeper look at the fishes and the sea ...

-Most creatures aren't hunting for men in black. 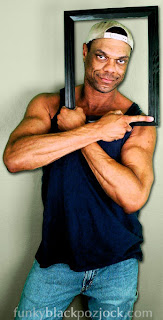 To 85% of all available males, I'm neither a good catch nor a bad catch. I'm black, which in their minds means I don't even warrant consideration. I'm an invisible man living an invisible life. Most of the men around me refuse to even look my way.

Log on and behold the evidence: the infinite variations of phrases such as WHITES AND LATINS ONLY, NO BLACKS, NO ASIANS--it's all there for anyone to witness, quantify and study. The river of hatred runs deep. De facto segregation is alive and well in the hearts and minds of many a gay man.

-Most creatures avoid men who are HIV-Positive. 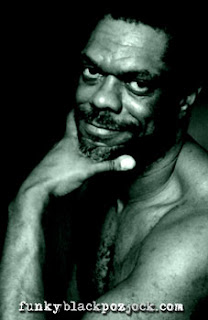 togetherness. That time has passed. Gayworld 2008 is a place that treats men who are HIV-positive like AIDS Monsters lurking in dark alleys, ready to snatch up innocents who wander too close.

For the vast majority of available men, “safe sex” has evolved into a narrow-minded creed: steer clear of anyone who isn't “clean and disease-free.” Never mind the fallacy of such foolish notions. Never mind the great black guy who's "disease-ridden."

-Most creatures won't interact with non-Mandingos.

Of the gay men who are open to dating black men, 90% (or more) of those men are self-described “bottoms” looking to be “topped” by a big black Mandingo dick (attached human 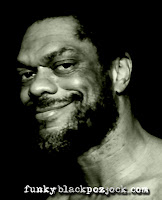 The question most asked in my lifetime? How Big Is My Dick?.

As if the sole worth of a black man is his dick and its ability to morph into a dominant, mindless pummeling tool. Cultural implications of this near-sighted fantasy aside, that's not me. Simple as that.

None of the above factors make me single, they just make finding love all the more challenging. In the sea of life, very few creatures even consider dating and loving someone who's black, HIV-positive and not a Big Black Mandingo machine.

The pool of available men is miniature. The odds of finding a good catch are downright infinitesimal. And that's before getting to the compatibly round, where two people discover what, if anything, they have in common.

Why am I single? There's not one overwhelming reason, just stacked odds.

What's a guy like me is doing on a blog like this? Trying to be a better fisherman in the sea of life. Whoa! Those are some ripe pits! Lemme get another whiff. Fuck, man, that's what you call funky. Now get a whiff of what my pits are cooking up in this summer heat.

In my dreams, my buddy and me take pride in our pits and the scents that make us men.

Yeah, me and my buddy wear cologne alright: Ode de Buddy, the scent that sends us both on a natural high. It's guaranteed to drive us wild and bring out the animal in each other. One whiff of Ode de Buddy and I'm reminded of all the things that make my buddy who he is.

No need for artificial scents. All me and my buddy need is any one of the many varieties of Ode de Buddy.

Buddy, can you smell what these pits are cooking up? In my dreams, my buddy and I love smelling our ripe armpits and funked-up jockstraps. It's what makes us men! Summertime is made for two buds in love, sweating together, shooting hoops, throwing the football or Frisbee, riding bikes, hiking in some wilderness, or just hanging outdoors with brewskies and each other. Two boys in their jockstraps, inseparable while sweatin' the summer away. Anybody out there dreaming of having a buddy like me?

This Blog Is For Who? I don't imagine me or my buddy ever had or will have so-called “perfect bodies.” More likely, we'll both have the bodies of men who have survived the jungle known as life, complete with physical manifestations of the ups and downs of a warrior's journey.

I know I got a gut! I also know how to wear it pretty well, thanks to a lifelong necessity. And now, thanks to Tyra Banks and America's Next Top Model, I know how to “model” it better. Thank you, Tyra, it's not just the girls you're helping to learn to love themselves.

Yep, that's right. I love America's Next Top Model, Broadway musicals and soap operas. Yep, I got that in me. I also got sports and “masculinity” in me, but in a relationship, I'm the bitch! Emotionally, that is. And the buddy of my dreams is not only cool with my “feminine” and “masculine" sides, both sides compliment his energy. Let's him be the full-time man and vicarious bitch, and let's me be the vice versa. Is my buddy out there? Can you hear me, buddy? Is anyone in this great big universe dreaming of being with a guy exactly like me? Are any of our friends dreaming of hooking us up so we can finally find our perfect match? Buddy, are you out there?

If you dream of loving a very lovable guy like me, email me and let's start living our fantastic lives together.