Neg Dudes: Show Me Some Love 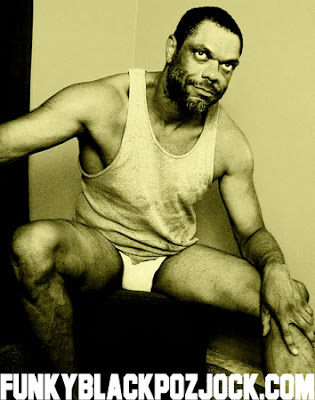 What hurts the most about being HIV-positive in 2008? Seeing all the men online who would never dream of falling in love and having sex with a poz person, even though “neg people” can have all kinds of great, joyous sex with “poz people” and walk away “disease-free.”

A few fortunate men understand they can have sex with a person regardless of one's HIV status without acquiring the virus. These are usually men who in the 1980s and 90s experienced safer sex with poz males, oftentimes, their lovers. These few wise men possess the knowledge that HIV/AIDS doesn't rub off when you kiss a man or suck his dick or lick his ass, or let him do the same to you. These men are educated about how the virus is transmitted and not transmitted, and have lived through and survived having sex with the Poz People. These men understand that they don't have to eliminate an entire species, so to speak, in the hunt for love and sex.

These poz-a-phobes are poor ignorant souls to me, and still it hurts. Sometimes I get so angry, I wish I had to power to infect them all, so they could see how it feels being on the other end of their ignorance and hate. Yes, it's hate. It sure ain't love. It sure ain't compassion. And it sure ain't fun being HIV positive in a world where people separate themselves from me and think that makes them better off.

Whenever my death occurs, whatever the reason, at least I'll be relieved of the pain and heartache that comes from living in world that doesn't want to like me, doesn't want to understand me, and to date, refuses to show me any love.